Yo yo yo! Time for the show! 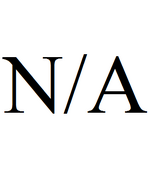 Yukitama Hyōnosen is a main protagonist of Tamashī no Haka. He is an ice demon raised by Lucifer, the king of the Light Realm of Hell, and the Familiar of the exorcist, Akio Nakayama. He enjoys ice cream, manga, and is a fan of the band LiGHTnING.

Cardfight!! Vanguard: Legends of Capital City is a Cardfight!! Vanguard fanfiction story by DaigoUKnow. It follows the story of Mason Shepard, a former hoodlum who has discovered the fun of the card game, Vanguard, and goes through many challenges along the way with his friends, Abbey, Sai, and Trevor.

Silly-Go-Round by FictionJunction Yuuka is one of DaigoUKnow's favorite songs. It is used as the opening to the .hack//Roots anime.
Twitter
Retrieved from "https://daigofictionverse.fandom.com/wiki/DaigoFictionVerse_Wiki?oldid=7506"
Community content is available under CC-BY-SA unless otherwise noted.